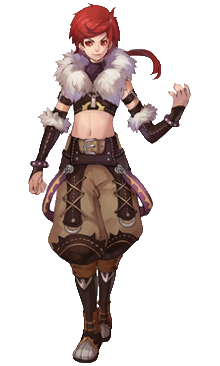 Rogues have powerful bodies and splendid techniques with daggers that help them conquer the dark side.Their chain skills resemble beautiful dances that bewilder their opponents. They use special potions to enhance their abilities temporarily.

In order to change your job to an Rogue at Level 25 look for Rokpanmatz the Night Watcher, in Prontera.

During boss fight: Due to Rogue have the lowest defense among all melee attacker, Rogue normally will act as a support / bodyguard for the range attackers which are much defensively weaker, while leaving the front lines to the warrior / knight / beastmaster class.
Due to this class having the fastest attack speed & semi-tank characteristic, Rogue normally is the one who fend off the mobs that's summon by the boss (this mobs could run toward the healer / mage at the back and attack them).

During normal party fight: Rogue may acts as a chaos troublemaker who run around weakening all the mobs, providing last hit for other melee attacker.

Useful party buff: Mark of death cass on the mobs will increase not only Rogue attack power by 10%, but all the party members as well.  Mark of death is more likely a spell to weaken the mobs by 10%. 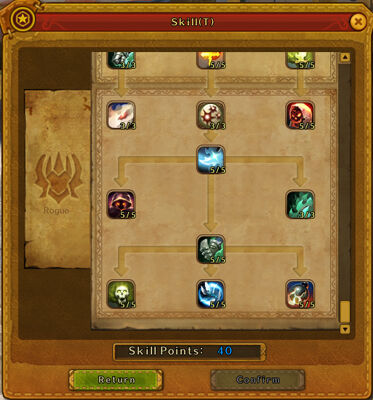