As an Archer you shoot arrows at mobs. You are another DPS, but are almost completely overwhelmed by the Thief at the beginning stages, however this balances out depending on stat distributions. You are able to use your bow with skills to gain "concentration," similar to the Warrior's "Rage" or the Thief's "Combo Points" and put down traps to either deal damage or halt their movement. You also are given a skill that places distance between yourself and the mobs.

The traps can actually be useful. You sould put down the trap on the mob and not around the mob, so it will be immediately activated. For instance put down an ankle snare and use the acrobatic skill (to jump back) when your focus is fully loaded, so while the enemy can't move you can send loads of arrows on it.

You can change into a Beastmaster or Ranger at level 25. 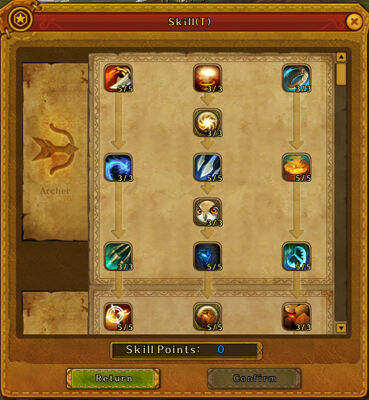